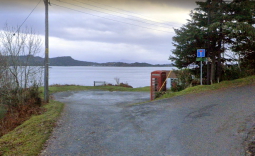 If you have a SatNav, the Cottage postcode is IV54 8YL - it will probably suggest one of the routes outlined below.

The What3Words location of the cottage is

Taobh na Dachaidh﻿ is in Ardaneaskan.  Virtually at the end of the road there is a small car park with a traditional red phone box - park there.  There is a gravel path that leads off from the car park - at the end of this path (around 50 yards) there are two cottages, Taobh na Dachaidh is the one on the left.  We ask that you walk down the path, leaving your car in the car park - the path is not built for vehicles.  Please therefore park your car in the car park throughout your stay.

Ardaneaskan is at the end of a no-through road from Lochcarron.  Having gone through the village of Lochcarron (heading west) take the left turn into Church Street just after the shinty field, signposted North Strome and Ardaneaskan.

Lochcarron is on the A896.  We have described four routes when travelling from the south:

It is probably worth noting here that it might be a good idea to 'fill up' at Inverness or Fort William, depending on your route here, as there are few filling stations after those until you get to Kyle of Lochalsh or Lochcarron.  Fuel prices would be better at Inverness and Fort William too!

And - do be aware that deer, goats and sheep are commonly on the road in this area, so take care, especially at dawn and dusk.

How to Drive on Single Track Roads

This video contains some valuable information about driving on roads in this area, particularly the single track roads  - please do give it a watch.

And just for information, Rule 155 of the Highway Code says:

Single track roads - these are only wide enough for one vehicle.  They may have special passing places.  If you see a vehicle coming towards you, or the driver behind wants to overtake, pull into a passing place on your left, or wait opposite a passing place on your right. Give way to vehicles coming uphill whenever you can.  If necessary, reverse until you reach a passing place to let the other vehicle pass.  Slow down when passing pedestrians, cyclists and horse riders.

And Rule 156 of the Highway Code says:

Do not park in passing places.

CLICK HERE   for a no obligation date check in our LIVE ONLINE CALENDAR or to make a reservation in our RomanCart ONLINE BOOKING SERVICE.

How to find us 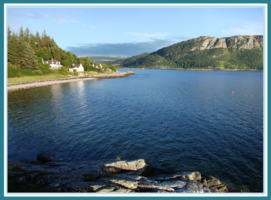